I haven’t written anything in a long time. I’ve been dealing, successfully it seems, with the demise of another relationship. It’s an old story, a familiar story. Meet someone, avoid the feels, freak out when she’s not as successful at avoidance as you, finish it. And repeat ad infinitum ad nauseum. Someone once said it’s the most selfish thing to cause someone to love you with no intention of loving them back; but that it not the case here. I didn’t enter into this relationship with the intention of anything. She loved me, I didn’t love her back. That is not her fault and it was not mine intention. For a long time I believed that I didn’t want to love, or was incapable of loving. That was perhaps my defence mechanism for dealing with the loss of Clare. I was hurt and it was through no fault other than fate. Some things are not meant to be. Sometimes, and it’s an awful, tragic thing, people die. And it doesn’t matter how much you love them. It doesn’t 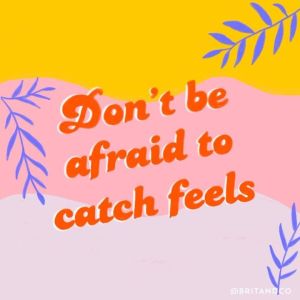 matter how much you want them to live; life, fate, death means that it not going to happen. Such a loss is devastating. It’s life changing in many respects. No-one understands unless they have been through the same situation and even then an individual journey through loss and grief is an individual’s journey and, except in rare circumstances, is not shared. Putting yourself back together after such an experience is a brutal, debilitating affair. It’s an illness. And like any mental illness the scars cannot be seen but they are there.

As I deal with the fallout from the relationship, as I watch from the sidelines as someone attempts to rationalise something which I struggle to rationalise – even though it is happening in my head. As I read that they would ‘rather catch ebola than catch feelings again’, as I see them struggle to come to terms with a decision they had no part in making and decide that they should always and forever be alone; I reach the conclusion that I don’t want that. I don’t want ebola, I want feels. I don’t want to be alone, I want to be with someone. I don’t want to protect my heart, I want to risk everything for love. I don’t want to hide away, I want to expose myself to the risk of heartbreak, to the risk of rejection. Because it’s only when you risk your life you are truly alive. And only by putting your heart on the line will you ever find love.

People keep saying that 2016 has been a really shitty year. Mainly as a result of the celebrity deaths we have experienced in the last 365 days. It’s very easy to jump on the bandwagon on death and disaster. The rise of The Anti-Christ, for example, and #BREXIT as a decision made by 50% of the UK population to be isolationist, backwards and to undo decades of progress. It’s very easy to look back at 2016 and think just how terribly awful it has been. And I very nearly got sucked into that pit of despair.

But then I stopped. I thunked for a bit. And remembered. You know what? My bad years have passed. 2014 was brutal. I lost Clare in the most wicked, cruel and evil way. Taken by cancer before turning 40. My world collapsed and I didn’t know how I would get through each day. 2015 wasn’t much better. I fell out with my brother which ultimately lead to our family being splintered and me not being invited to his wedding. Those wounds have yet to heal.

2016 hasn’t been bad to me. I have had my fair share of crazy experiences and dangerous liaisons, I’ve had stresses, I’ve tolerated fools. I’ve fending off stalkers and compulsive liars. I’ve been mis-sold on an idea which didn’t manifest in reality. I’ve been gullible, deceived, shallow and vain. I’ve made my fair share of mistakes in my personal life.

Professionally it’s nothing but positives. There are no complaints.
I’ve maintained friendships with those I’m interested in and cast aside those who bring me down.
I’m closer to my parents despite being estranged from my brother. They see my side of things. We’re allies.
I’ve been to Portugal, I’ve been to Lanzarote. I’ve bought a car. I’ve made improvements to my home. I have more money than I have ever had. I’m far from ‘rich beyond my wildest dreams’ but my bills are paid, there’s money in the bank, and there’s wine in the fridge.
My relationship with the boy’s mum goes from strength to strength. My relationship with the boy evolves as expected with a nine-going-on-nineteen-year-old. He’s stubborn and headstrong. He is his father’s son.

As the clock ticks over to midnight it’s time to consider what I’ll do differently in 2017. One criticism I’ll level at myself from the past year is my tendency to rush in. I’ve been so keen to capture that which I lost before that I have thrown caution to the wind and involved myself in situations too early and too soon. Too deeply. Too personally. I’ve opened myself up to people and given myself to them before I first weighed up their worth. I’ve invested time and emotion in people who did not deserve my time or my emotion. I’ve been stupid. I’ve been kind. I’ve been cruel.

2017 is to be a year of standing still and taking stock – I’ve said that before. I have plans to do interesting things and read a lot of books. I might even move house, but if I don’t or if I can’t I’ll make my current house more of a home. I’m going to go on holiday; maybe twice(!) (maybe thrice!!). I’m going to enjoy life and living it.

But there’s going to be No More Mister Nice Al. It’s time for me to be careful, calculated, cautious. Rather than taking people at face value I need to wait until the big reveal. Fools rush in where angels fear to tread. It’s time, 2017 is going to be the time, for Al to no longer be foolish.

I’ll see y’all on the other side of the bells.

I’m incapable of withstanding the heartbreak of love.

I loved once. I was brave once. That bravery was repaid with hurt. Before that bravery I was a coward. I shunned connection. I shunned the possibility of hurt and pain. It took a special woman to encourage and nurture my ability to be brave. To risk heartbreak.

Since she left me I have returned to cowardice. I’m not brave enough to risk hurt again. And that, more than anything, is the reason for my perpetual single status.

In a previous post I criticised those who pre-empt rejection. Those who jump before they’re pushed. How dare I criticise those who expose themselves to risk whilst I stand back from the edge? They’re braver than me for putting themselves out there, even if just for a fleeting moment. What must happen for me to be capable of taking that risk again? When you risked it all once before and you’re still dealing with loss years later? Who is going to give me the strength to find my bravery once again?

What I really want is to be able to say, ‘I want to have sex with you’ to someone and the main thrust of the comment to be ‘with you’ and not ‘have sex’.

Listen, if two people are attracted to each other, it should not fall to just one of those people to steer the course, make the moves, push to see the other. If you want to see someone, ask. If you want to speak to someone, call. If you miss someone, tell them. If you want something, go and get it. Do not expect the other person to do that for you.

Relationships are tough. I hope you all find what you are looking for out there.

I hear time and time again on the Twitter that all men are bastards, typically from women who have had a hard time with one bloke or another.

As a single guy I know one singular truth: There is little less attractive than negativity. If you expect I am going to treat you badly, if you decide that no matter who you choose to chance your arm on the result will be heartache, if you write off my goodness due to your negative experiences, I’m probably not going to:

And I think that is maybe the difference between men and women. Men understand that their woman will be flawed. She will have bad habits. She might be a little bit neurotic or needy. She won’t have a perfect body. She might be carrying a few extra pounds and she might get angry or upset about a little thing. We expect and accept this. And we work through the bad points because the good points are in there for the patient man to find.

Women, a lot of women, expect their man to be a mind reader and to be the absolute perfect man. We will do things that will hurt you, not out of spite but out of clumsiness. We’re basic creatures and we sometimes struggle to grasp the complexities of womankind. Don’t hate us for this. And don’t think it’s intentional, because it probably isn’t.

Accept that we get things wrong more that we get things right, and show patience and understanding for our simple minds. Not all men are bastards, and if you go on like we are it’s a huge turn off. We abhor negativity. Don’t expect a man to stick around, or even approach you in the first place, if you’re already labeling him as a bastard.